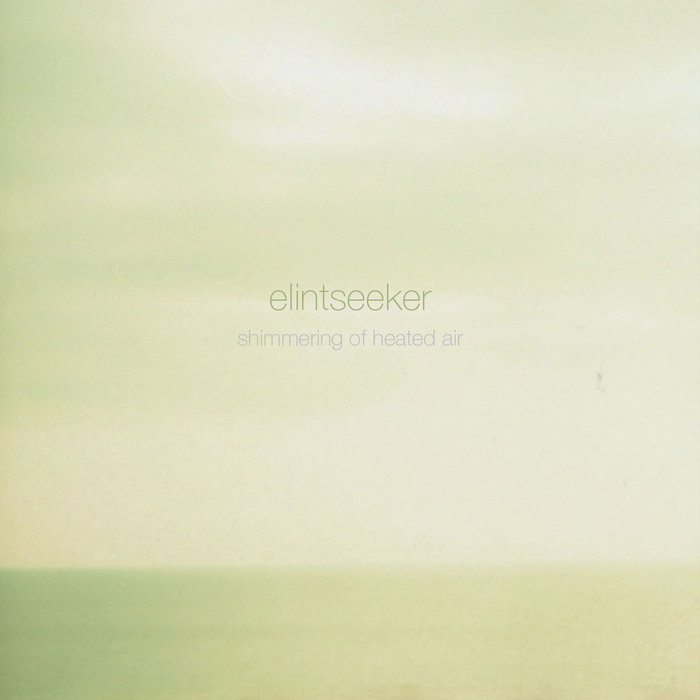 "Longtime guitarist Fuzz Lee’s solo endeavor elintseeker exhales into open space. Like its cover art, Shimmering of Heated Air melts the line between water and air. The record’s guitar lines gently evaporate, while a full roster of guest vocalists dart between the swells of vapor.
Shimmering serves as half continuation, half remix of elintseeker’s previous effort By the Sea, itself a hazy meditation on the water that’s larger and older than any of us. It could be branded post-rock in the sense that it uses guitars to strike deep and sad in open space, but elintseeker’s more in tune with the likes of Fennesz than Explosions. You won’t find crescendos here; just slow, sad instruments, ebbing and lamenting." - Dingus. www.dingusonmusic.com.

For 'free' download click on 'buy now' and key in 0.00 for the purchase amount. A very big 'Thank You' in advance for those who wish to pay. I will use the money to fund the next proper album.

Note about this album:

This EP came about when I was listening back to the deleted tracks from the first album sessions. I had seven tracks that were unused because they did not suit the album, and two of them sounded workable. So I decided to make an extended player where I can feature them.

The two deleted tracks are 'Ocean waves' and 'The sea, it calls my name'. I added a little more instrumentation to them and decided to sing on Ocean waves.

The Japanese singer and electronica artist Ferri (from Kilk Records) provided vocals to a new vocal version of 'The morning tide', now renamed 'Kagerou'. The word 'kagerou' translated into english means 'shimmering of heated air', which I have chosen as the title of this EP and sets the tone and theme for the whole release. I've always intended this song to have female vocals.

I have also invited some of my favourite artists to remix three of the tracks from 'By The Sea'. I love their music and I have the highest respect for their artistry and musical sensibilities. They are Maps and Diagrams (Handstitched*) from the UK, Arc of Doves (Quietus Recordings, AY, Rohs! Records etc) from Japan and my own countryman, the seminal Singaporean sound artist George Chua. They have given their own unique take on the three tracks I have given them.

The wonderful photograph is by mysterious Japanese artist and craftmaker Rika M. Orrery. The image is 99% of the music.

Tracks:
1) Kagerou (with Ferri)
2) Ebb and flow (Arc of Doves mix)
3) Ocean waves
4) Raining at sea (Bermuda Triangle mix) by Maps and Diagrams
5) Shoreline (The Seer mix) by George Chua
6) The sea, it calls my name.

Design by Into The Rabbit Hole.
Photography by Rika M. Orrery.

Thanks to: Tetsuya Nakamura, Tim Martin, George Chua, Ferri, Victor Low, Rika M. Orrery, Eswandy Sarip and Rudino Kassim. Also, much gratitude to the people who have given me their honest input/opinions/feedback when I asked them about my singing.

elintseeker is Fuzz Lee from Singapore. With composition, textural sound design, silence, improvised movements of guitar, sound processing, light glitch electronics, found sound and field recordings, he articulates or reflects his feelings about daily life into musical form. He approaches composition with the mindset of a painter painting a picture, by small strokes of the brush. ... more

Bandcamp Daily  your guide to the world of Bandcamp